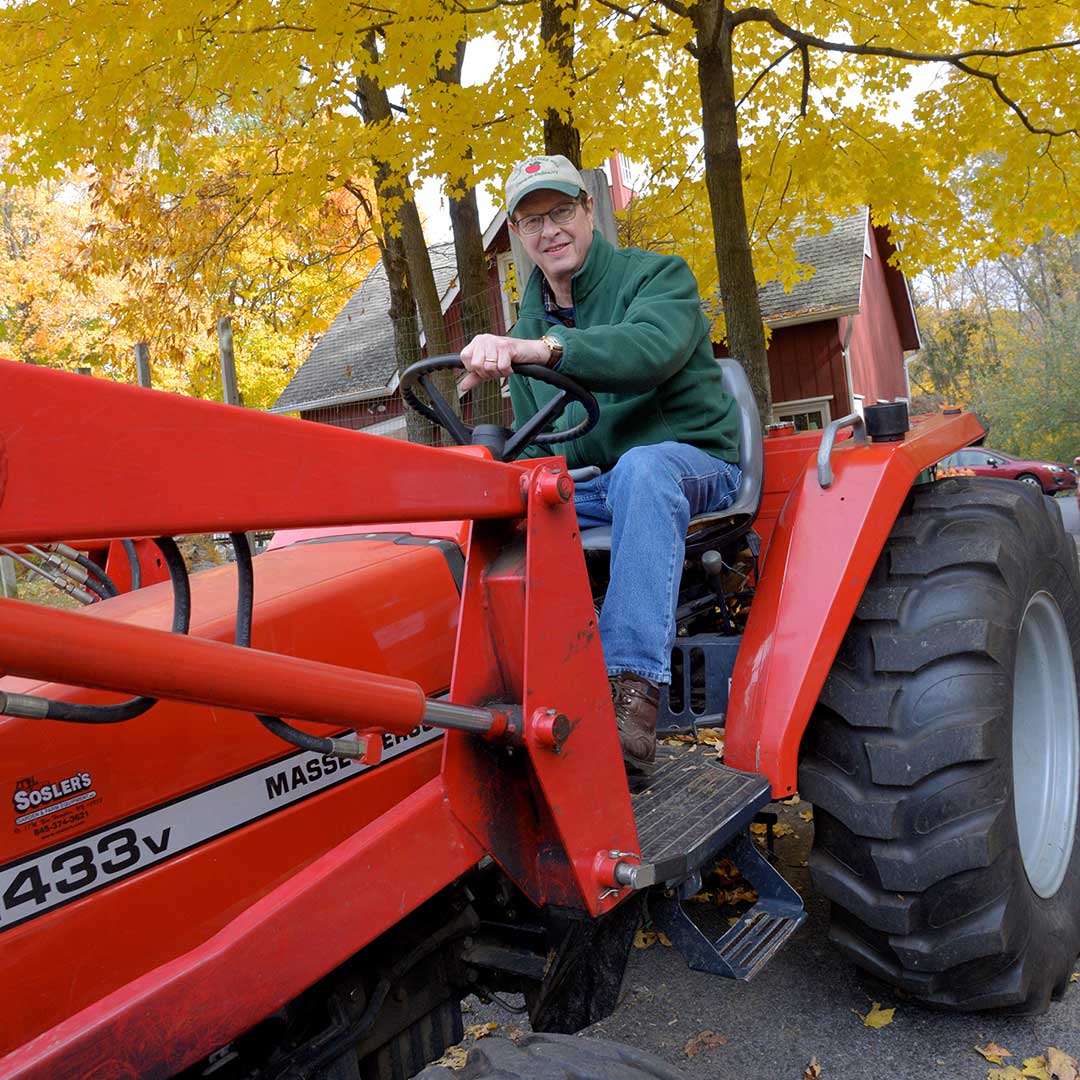 THE MAN BEHIND THE MILL

Thompson’s Cider Mill and Orchard traces its modern-day beginning to 1975 when Geoff Thompson became interested in apple varieties while working as a newspaper reporter and as a part-time assistant at the Teatown Lake Reservation Nature Center near Ossining, NY.

By chance, Geoff participated in a program of making fresh apple cider on several antique apple cider presses that Teatown had acquired for a special event. Although he had grown up in the Hudson Valley, a well-known apple growing region, Geoff had never tasted pure unfiltered natural apple cider. It was at that moment Geoff’s long-term interest in apple cider and apples began.

Initially, he purchased a hand-operated grinder and juice press. Geoff then committed himself to expanding his interest and to attempting to preserve some of the lost traditions of cider making and apple growing in the Westchester County area of New York. In 1977, he purchased a set of cider-making equipment including an elevator to carry the apples up and drop them through a mechanized grinder, and a hydraulic press used to squeeze the ground apple.

For three years he made cider in an old barn on the Teatown Reservation on 10 fall weekends. The cider was made from apples he collected from local orchards and was sold directly to those who came to the mill. In those days, Geoff would leave the gallon jugs of cider in an ice chest in front of his house next to an “honor box” with change for folks to help themselves if he wasn’t home.

A PASTIME BECOMES A PASSION

In 1980, the mill moved with the Thompson family to a home they built on a hill overlooking Swopes Pond on Blinn Road near Croton-on-Hudson. Geoff was attracted to the 5.5-acre property bordering the Teatown Reservation because it had been an apple orchard since the 1870s, a part of the old Rickert Fruit Farm.

When Geoff acquired the land on the hill, Rickert’s original apple trees—mostly Baldwins—were still standing. To augment those trees, he began planting new apple trees, slowly replacing sections of the original Rickert orchard. He consciously planted what are now known as heirloom or antique varieties. These varieties are largely lost or rarely found, and they intrigued him. Many are biannual bearers meaning they have a crop only on alternate years, which is one reason they fell out of favor with commercial farmers. He has also planted some very new and experimental varieties, as well as some local favorites like Macoun and Mutsu.

Largely self-taught (and still very much learning) Geoff—with help from his two children and friends—continued to plant new trees that could be picked more easily than the old original trees. Today, more than 500 trees make up the four-acre orchard. 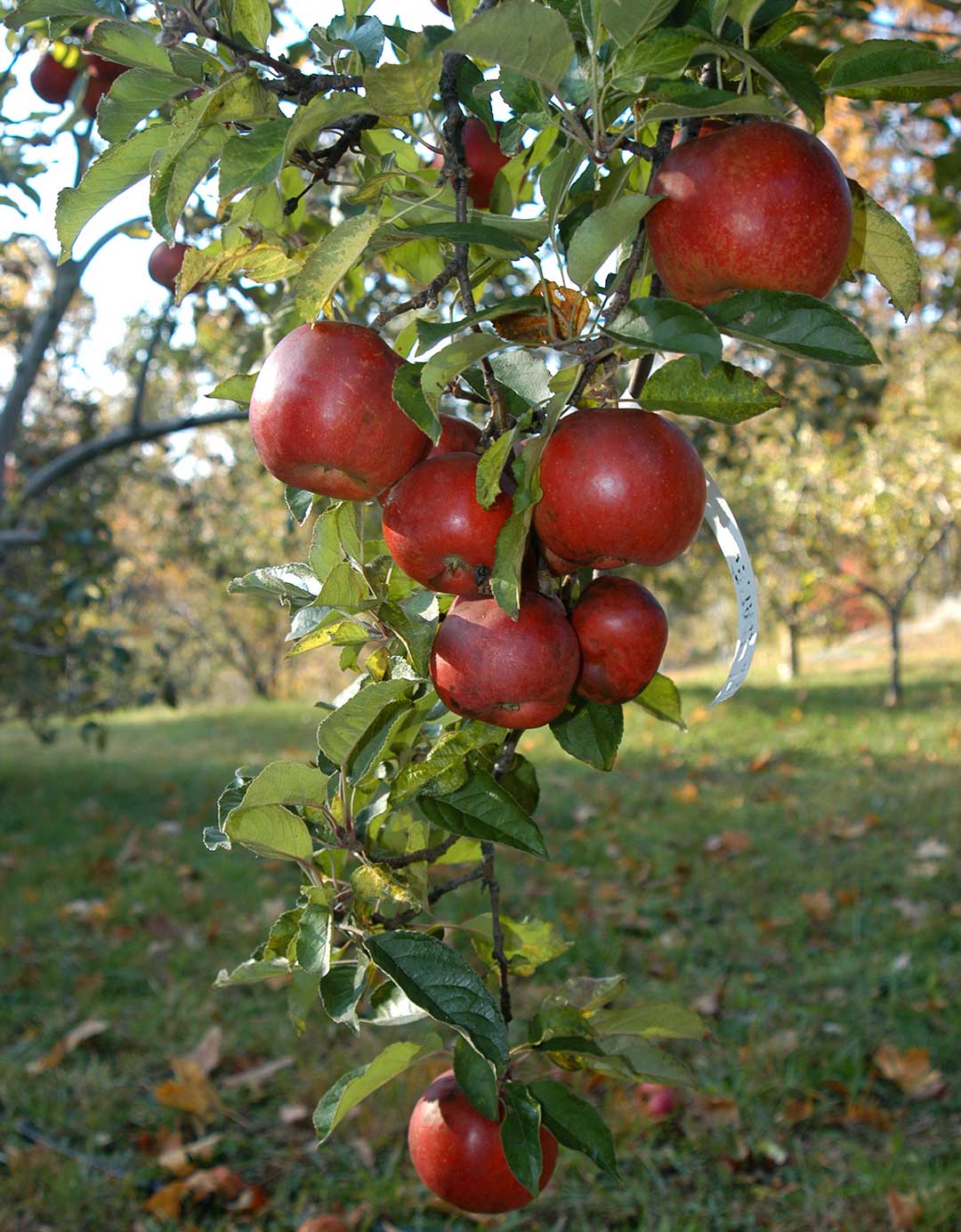 In 1992, a serious fire destroyed the house that had been built in 1980 along with the mill barn that was attached to it. After losing nearly everything to the fire, why didn’t Geoff just give up?

“I had an old cherry red pickup truck back then,” Geoff remembers. “One morning, I found a handwritten note left under the windshield wiper along with a few dollars and some change.” Reading the note made him more determined than ever to start again. “My friends and I drove over to buy some cider. When we heard about the fire, we felt so bad…please use the money to rebuild.”

During that challenging time, Geoff received many notes and unsolicited checks from customers and neighbors who had been enjoying his cider for years. He never cashed them; instead he keeps them as reminders of how important his cider mill is to the community.

With his wife Liz Bracken-Thompson, eventually a new cider barn was built on an ideal site separate from the house. In 2016, Thompson’s Cider Mill celebrated its 40th Anniversary with some of those same neighbors and friends who had his back after the fire.

You’ll find these specialty items for sale at our mill: Cider Donuts, Hudson Valley Honey, Muffins, Pies and Maple Syrup from White Oak Farm, which is the only commercial producer of pure maple syrup in Westchester County. 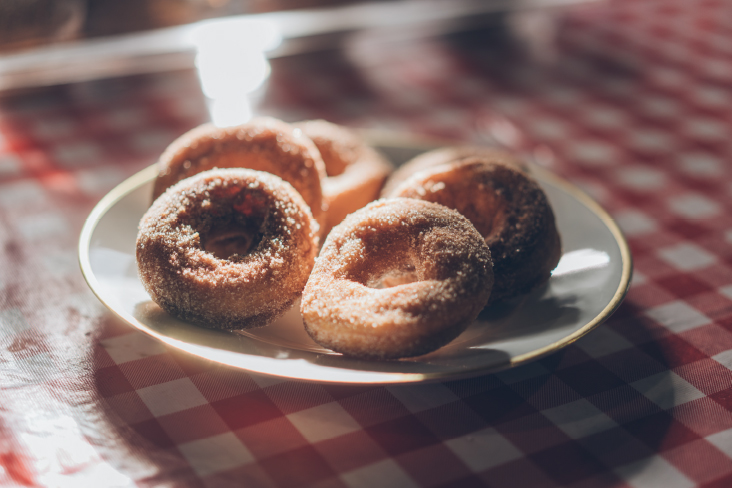 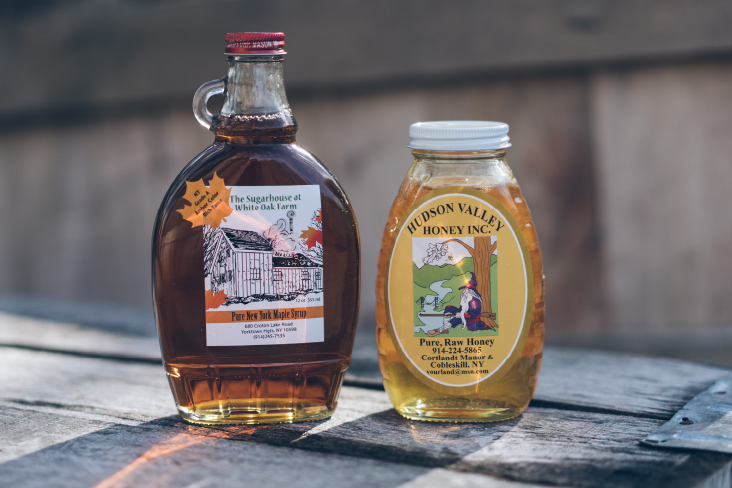 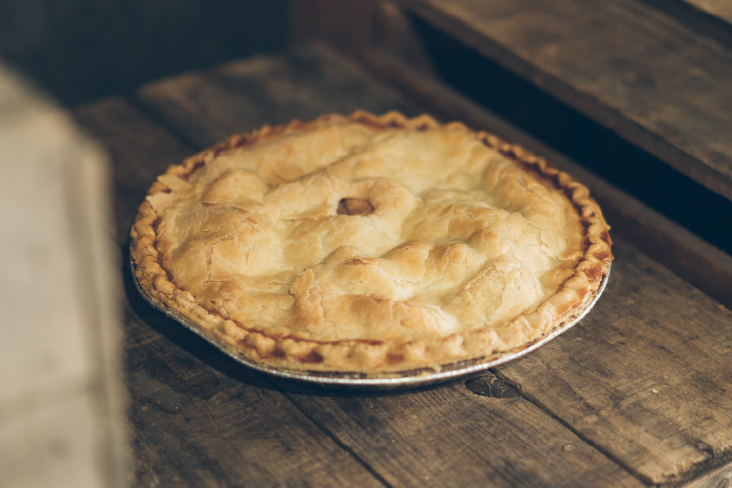 TAKE A LOOK AROUND THE PROPERTY

Want to see more? We invite you to visit our cider mill and orchard.

Apologies, but we do not have public apple picking. 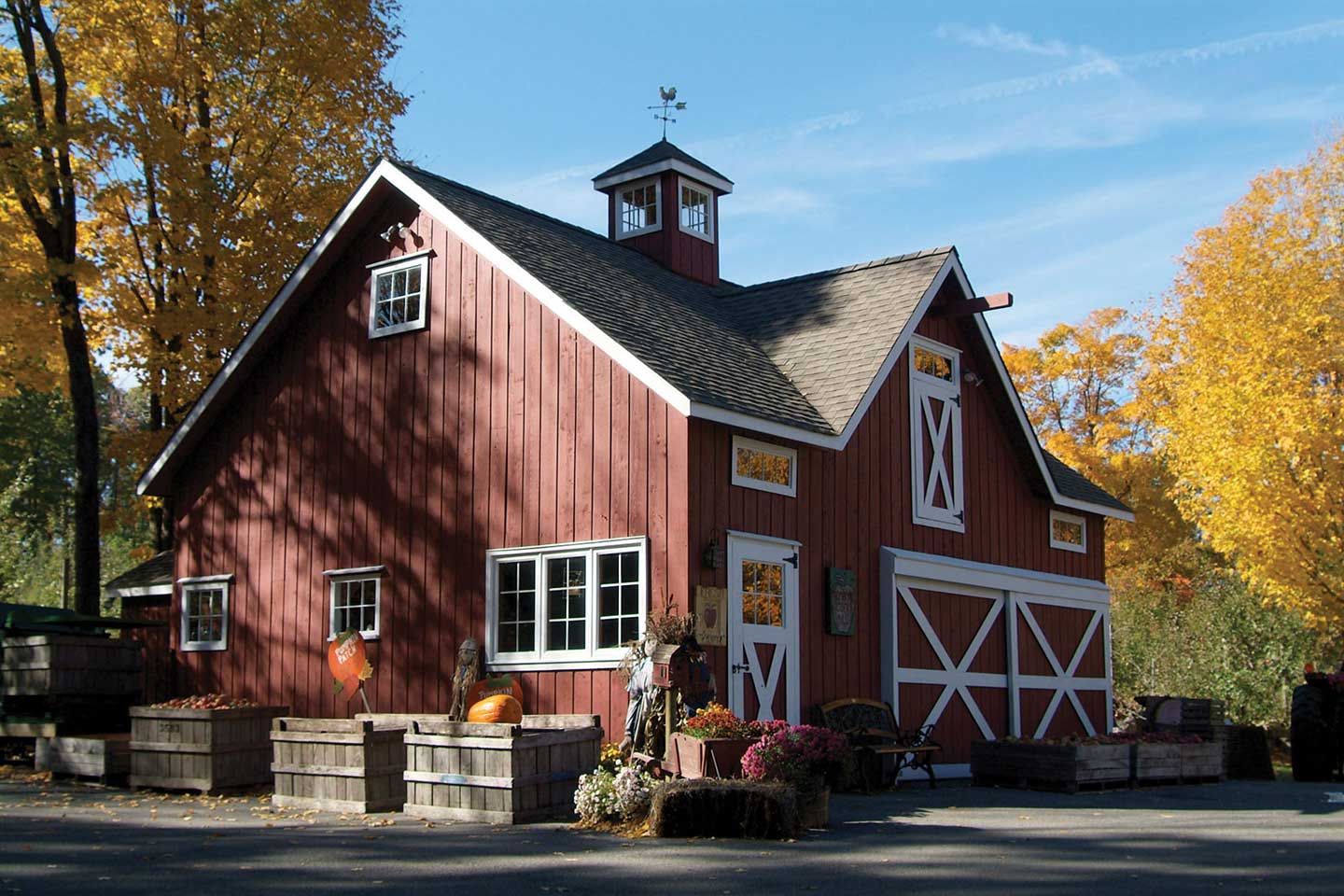 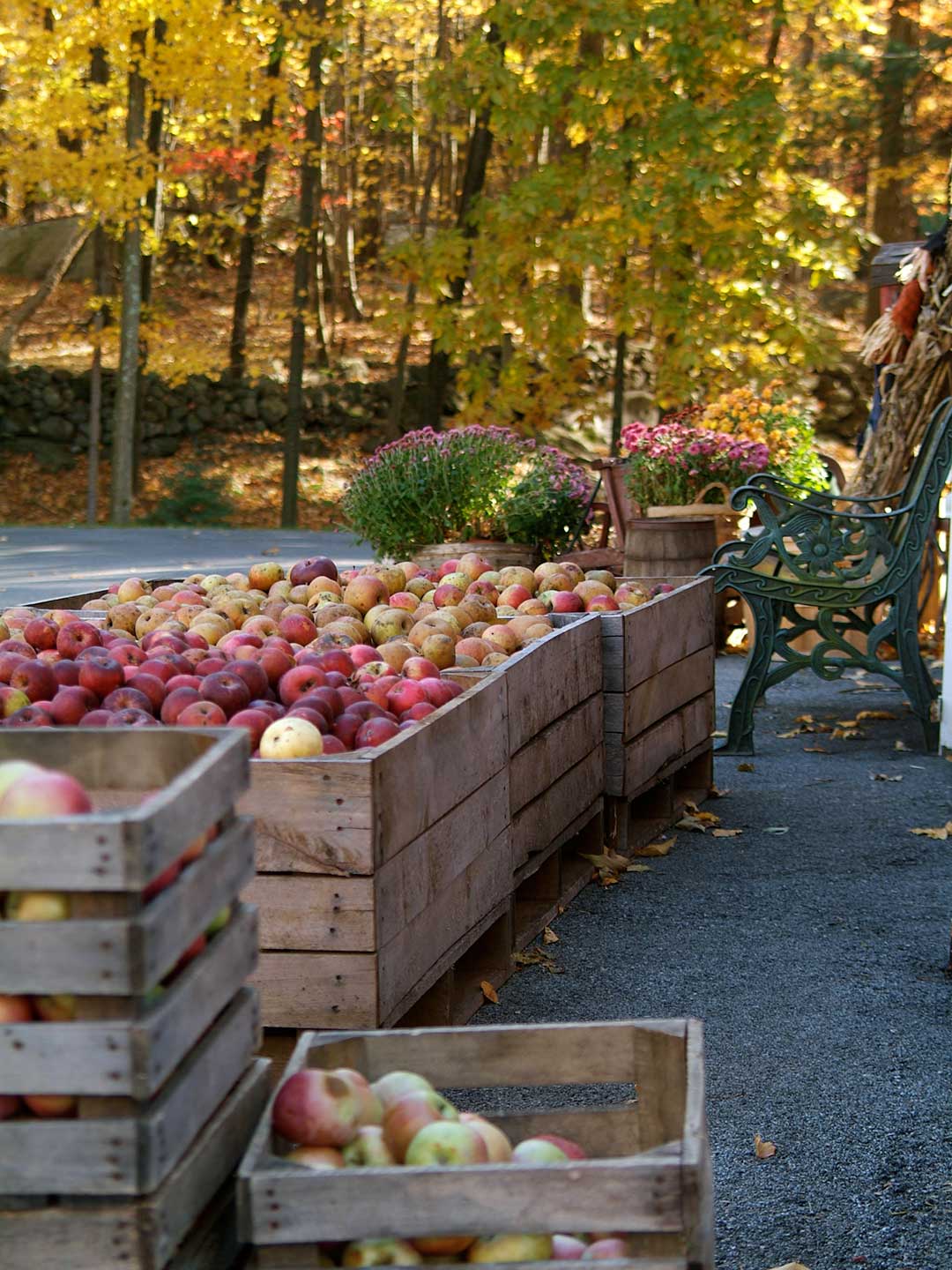 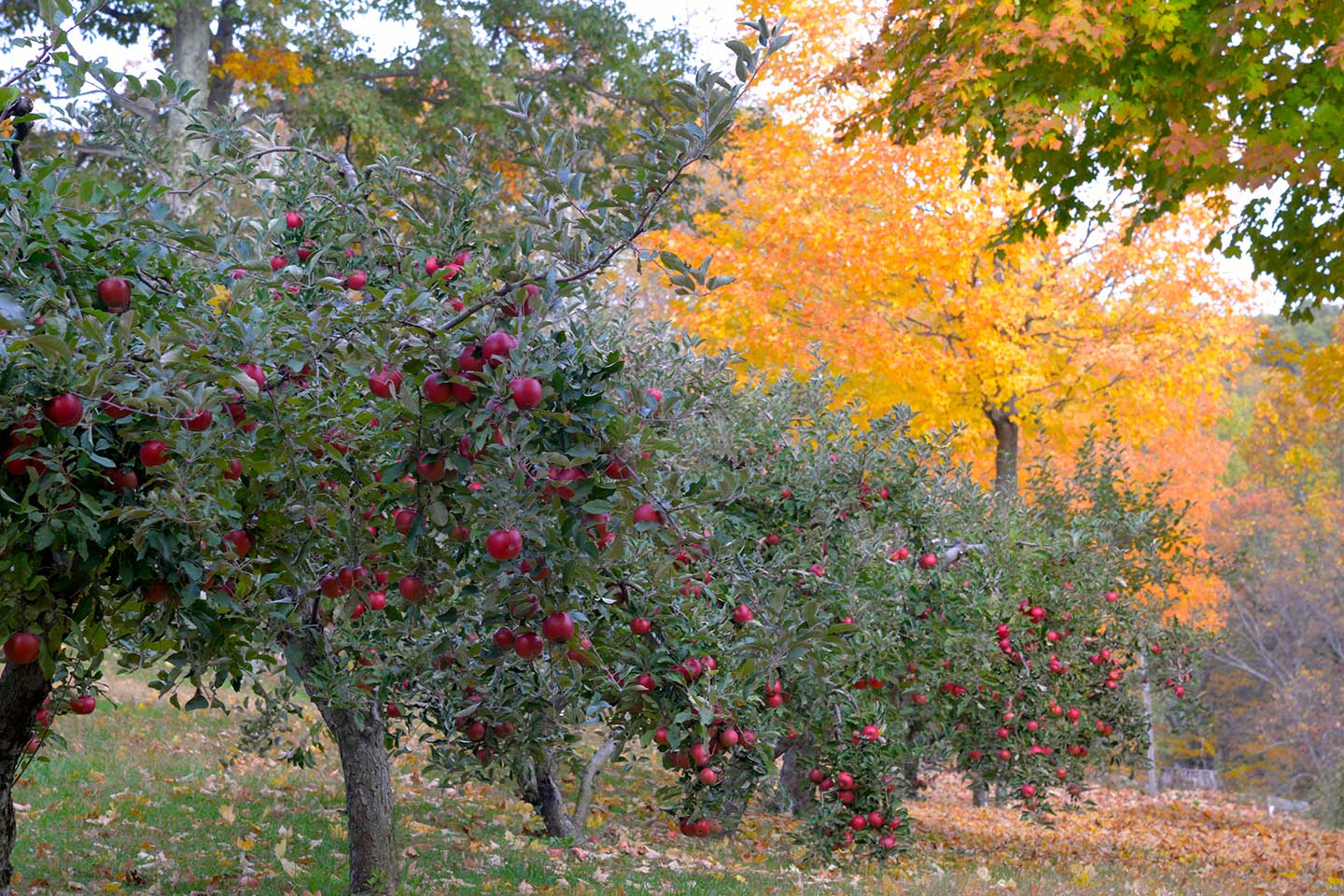 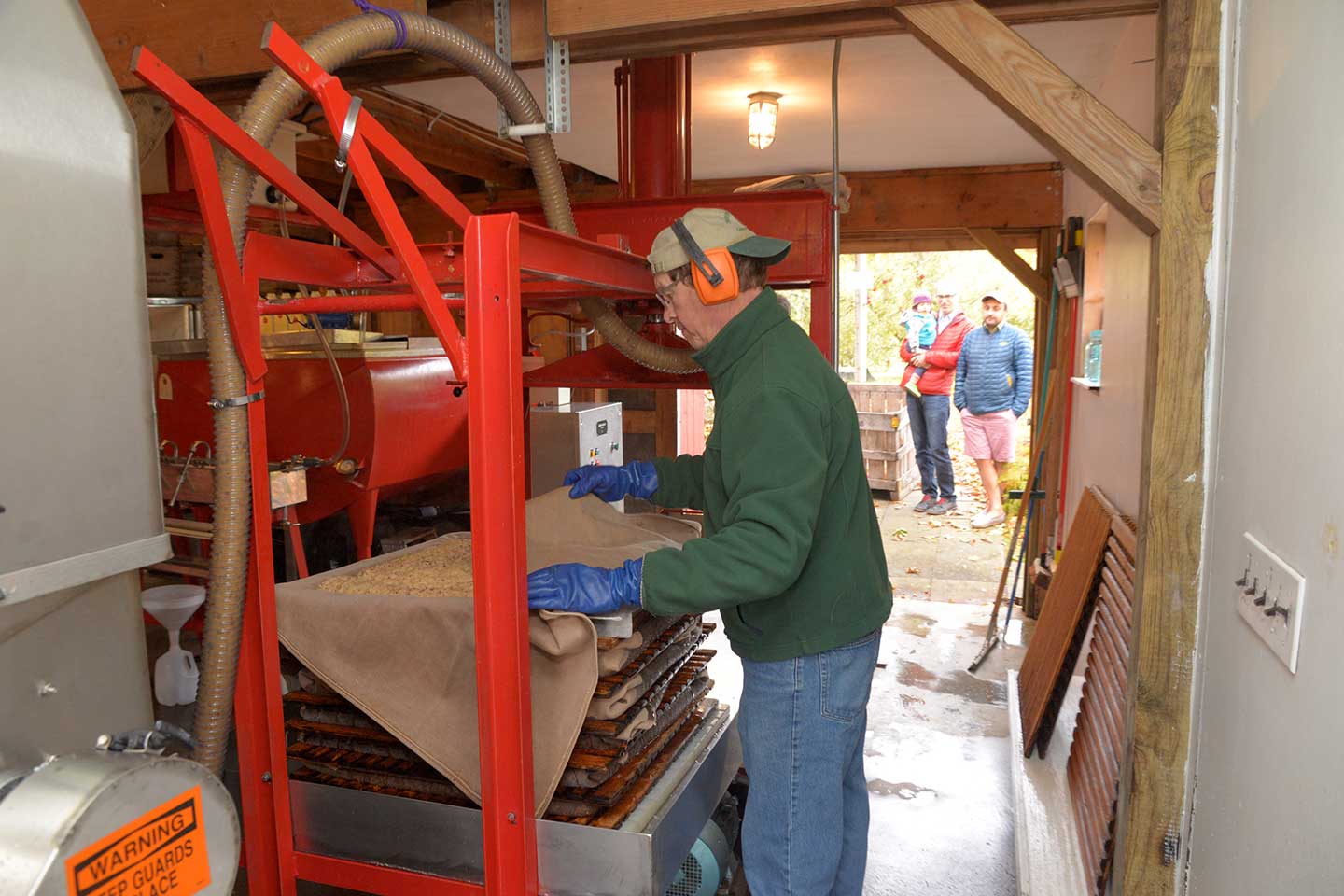 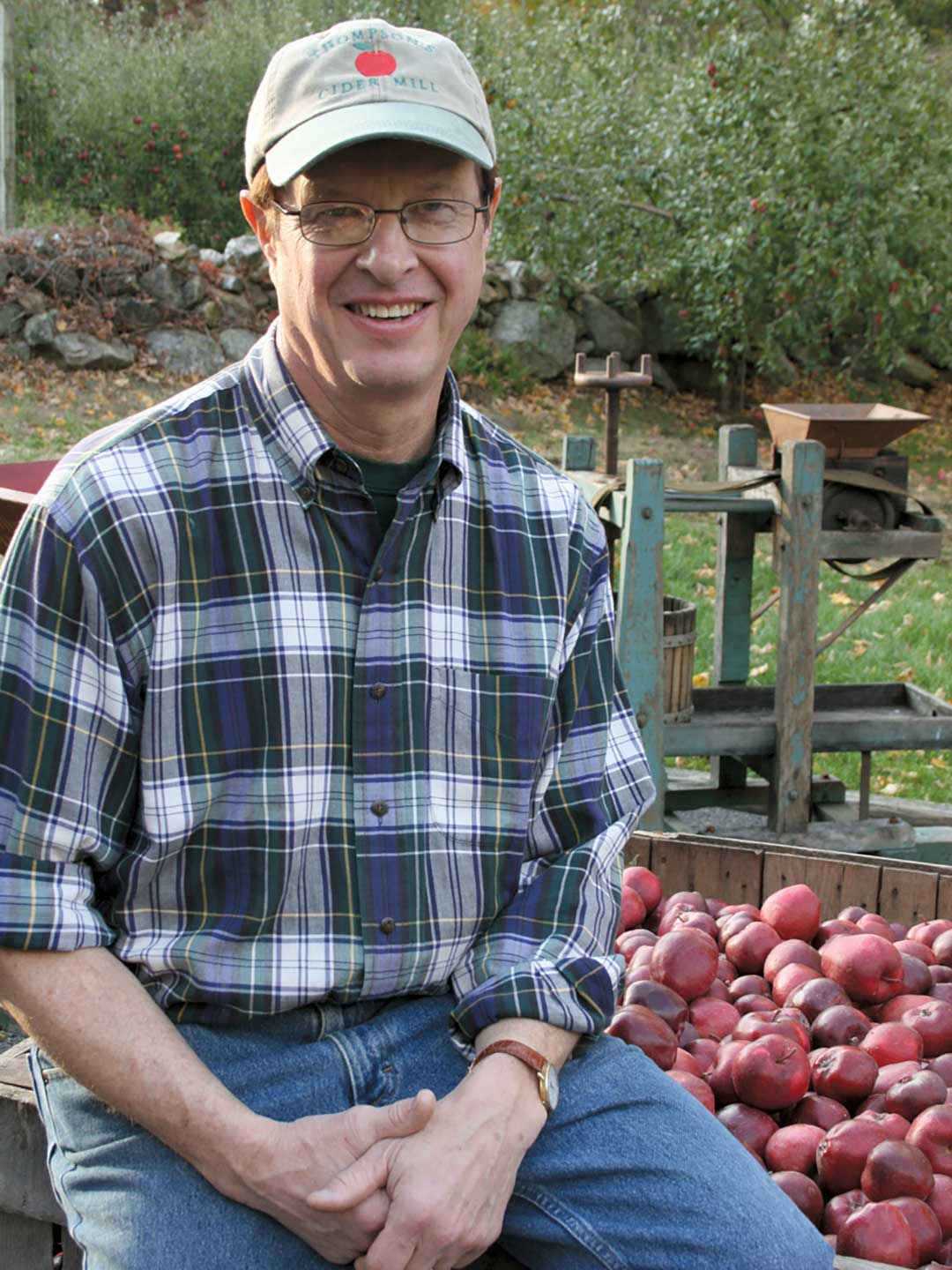 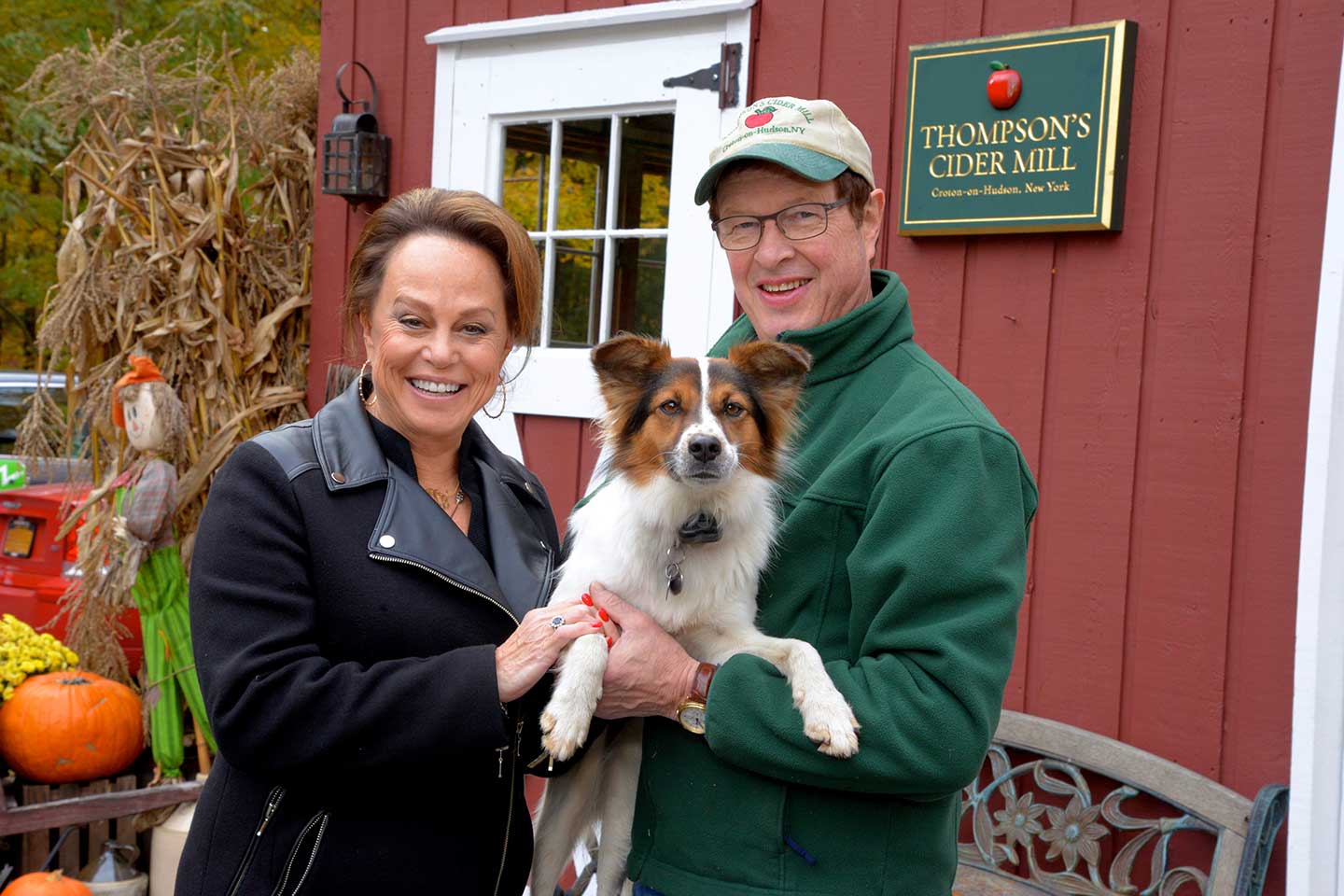 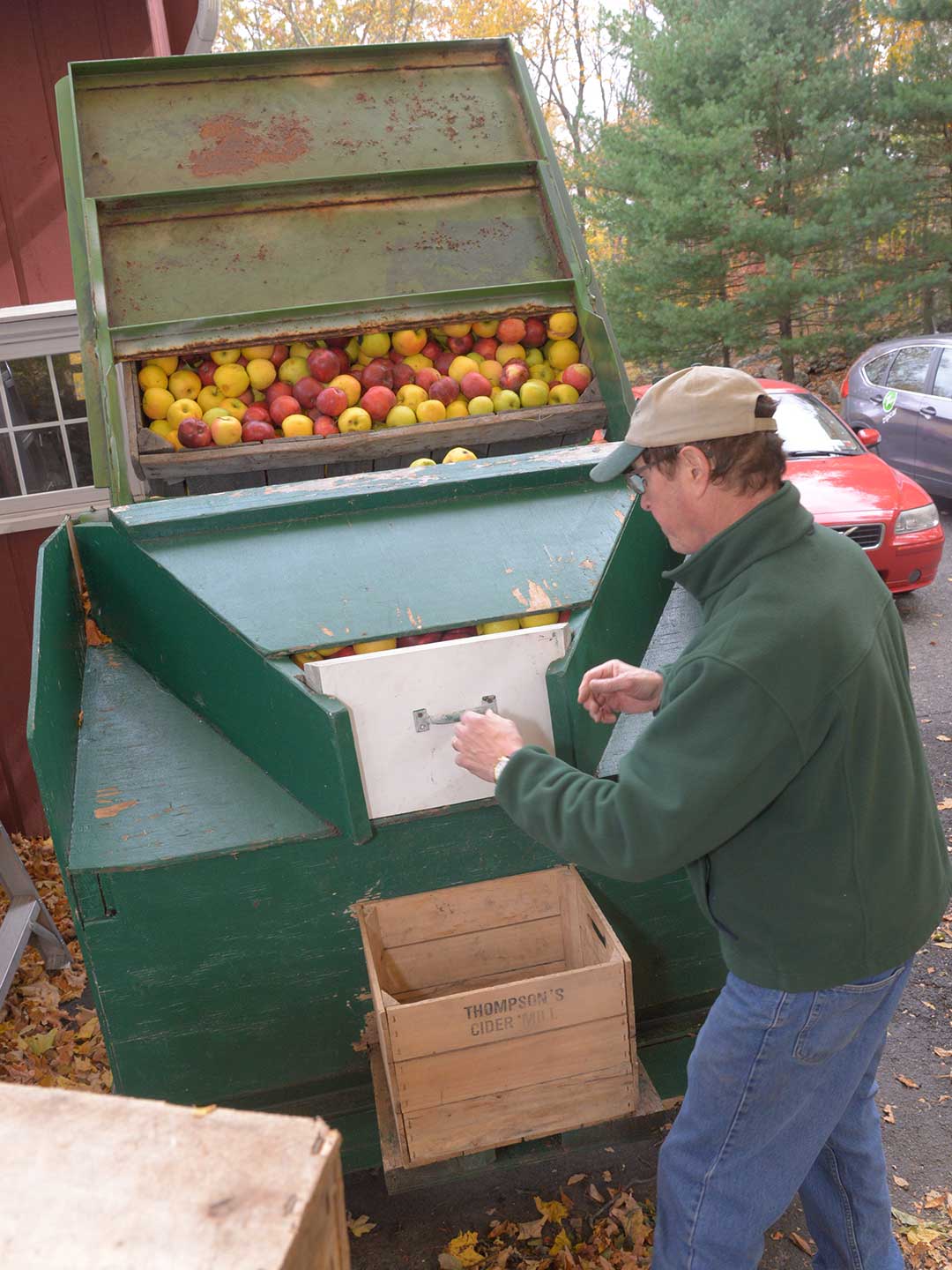 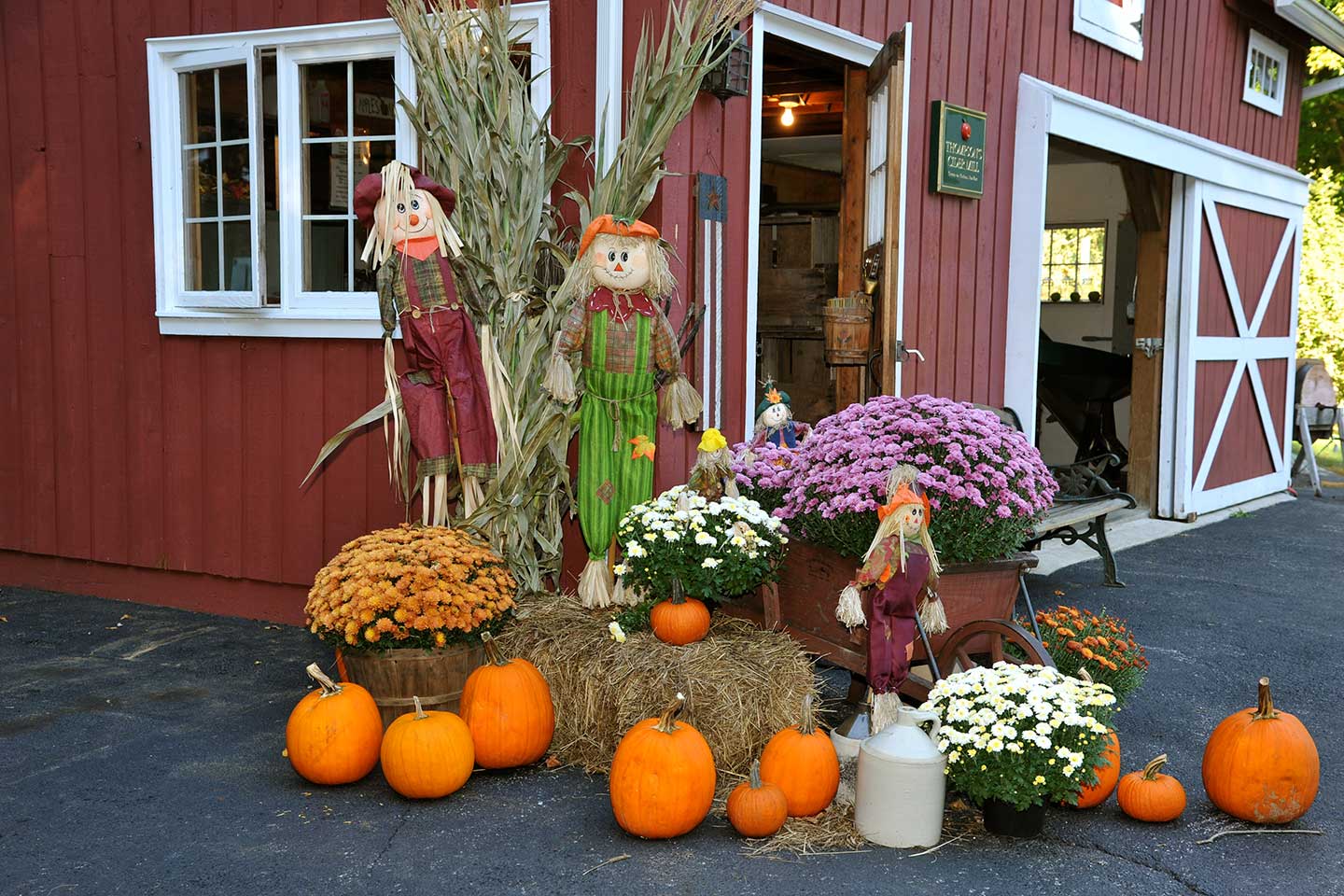 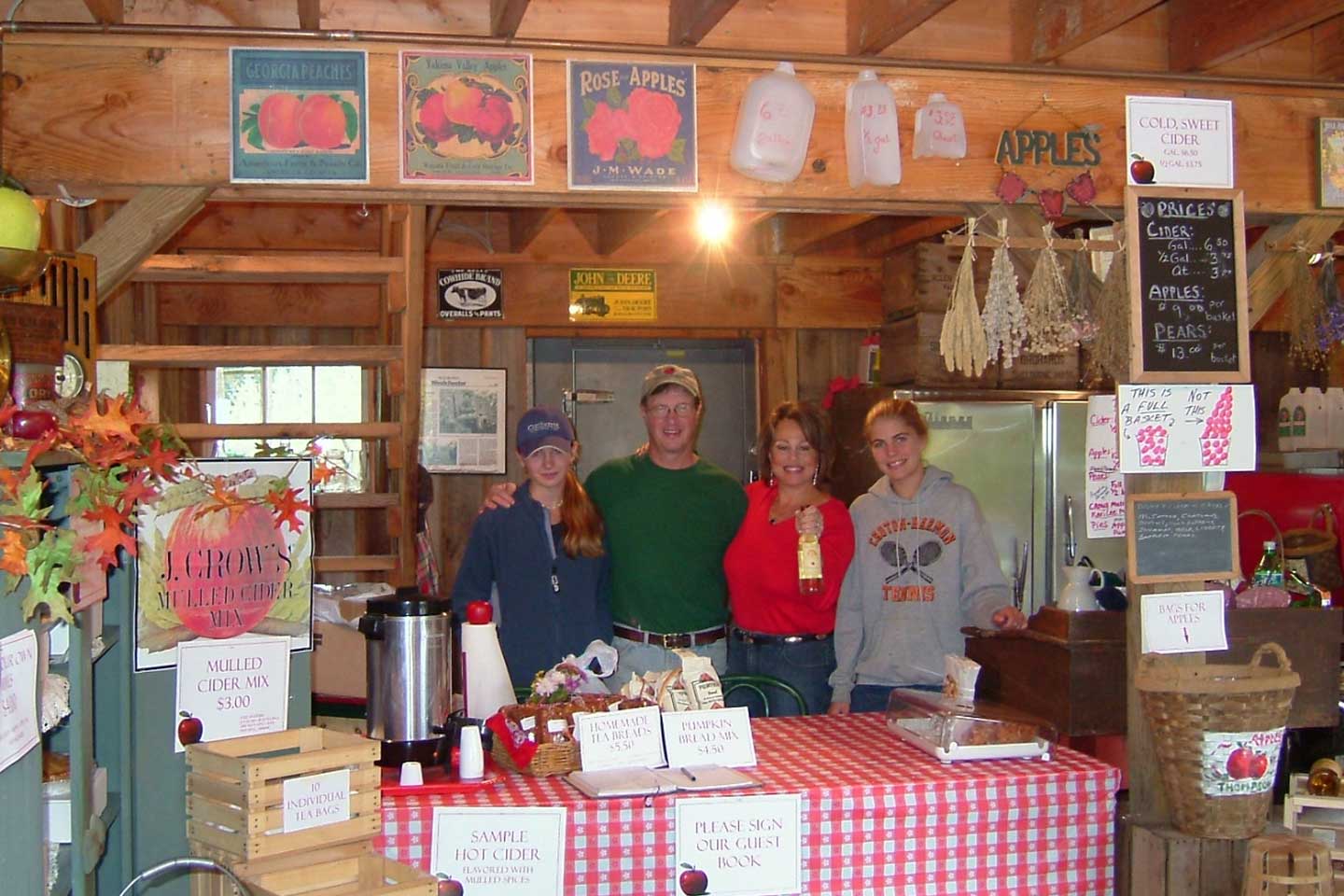 A: Yes. Freeze it in the jug. Pour a cup off the top and freeze it solid. When you’re ready to drink it, give it a day to thaw. The taste is good as the day it was pressed. We have many loyal customers who freeze 20-plus gallons of Thompson’s Cider and enjoy it year round!

No. We are open for several weekends in December. (We are not open Thanksgiving Friday.)

Absolutely. They look pretty sitting out in a bowl, but the soften up quickly in a warm house. To keep them crisp and good for eating, keep them cold.

Using ultra-violet light significantly extends the shelf-life of the cider. As always, the cider must be refrigerated. But it will keep for three weeks and possible longer before it begins to breakdown (get “fizzy”) through natural fermentation.

Yes. The State of New York requires that all cider be Pasteurized or passed by ultra-violet light to kill any potentially harmful bacteria. We use an ultra- violet light system that does not impact the flavor of the cider in any way.

Normally, yes, but due to COVID restrictions, our cider-making is not currently open to the public.

No. We are open weekends only and we are very busy. Also, as mentioned in previous answer, we have limited parking and staff and the cider mill itself is too small to accommodate parties.

Unfortunately, no. We do not have sufficient parking to accommodate cars of people while they are picking. Further, we have limited quantities of many varieties and need them for our own sales and cider and with our staff tied up in the cider mill, we can’t control what is or isn’t being picked in the orchard.